By Webdesk on July 31, 2018Comments Off on Delay in arresting bishop shows how powerful Kerala Catholic Church is’: Critics 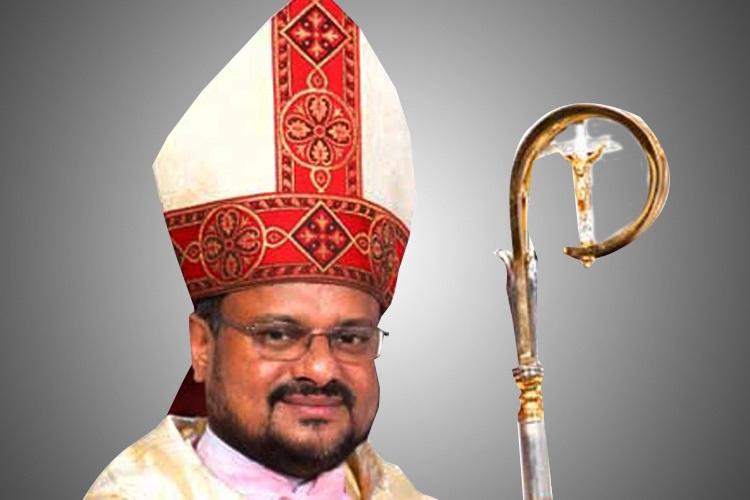 At a time when Fr Franco Mulakkal, the bishop belonging to the Jalandhar diocese is facing charges of rape against a nun, the Catholic Church in Kerala is being accused of exercising its money power and using vote bank politics to cover up such cases.

Those who have been vocal about the Church’s retrogressive ways allege that it is exercising its money power over the weak to silence them.

Sister Jesme, who was a nun for 33 years quit alleging harassment by her superiors, lashes out against the Church alleging that it has ceased to be a spiritual body and has instead turned into the underworld.

“When I was a nun, they had been accumulating assets. The Church then began grabbing power saying that those who sit solely on money are fools. They began playing vote bank politics. Governments led by any political party, on their part don’t act on complaints against the Church in fear of losing votes. A majority of people still listen to Church heads when they go to polling booth. Listening to the priests or the bishops is easy for them because they don’t need to think about anything instead they just obey. There are people who tend to believe that the clergymen don’t do evil deeds, for such is their world- dark and blind,” Sister Jesme alleges.

Sister Jesme, who abandoned her robes 10 years ago, wrote a controversial autobiography ‘Amen’, where she narrates incidents of alleged sexual abuse by priests in Kerala.

Speaking about the case of the 44-year-old Catholic nun, who was allegedly raped by Fr Franco Mulakkal 13 times from 2014 onwards, Sister Jesme points out how the narrative around the case turned from one of victimisation to that of revenge. The bishop was quick to file a complaint against the survivor and a case was registered under Section 295 A – deliberate and malicious acts intended to outrage religious feelings of any class by insulting the religious beliefs.

“See how powerful the Church is in exercising its power over the weak. In the case of the nun, it first said that she made a complaint against the bishop for removing her from the superior post, later she was offered Rs 5 crore,” she points out.

Sister Jesme also points to the leaked audio conversation of a priest allegedly threatening and bribing a nun, who supported the survivor. “Now they are attempting to lure a nun who supported her by offering to build a convent of ten acres… from where is the money coming from?” she asks.

Indulekha Joseph, a practicing advocate in the Kerala High Court, who is also part of Catholic Reformation Council says that the Church is taking a pro-predator stand when both the survivor and the accused are part of the church. “The Church is not trying to correct the wrongdoing but is instead attempting a cover up. The attempt to influence the complainant shows that there is something to cover up. How can they come up with such an offer? The money is donated by the devotees to use for the needy. If such evil acts of the Church heads need to be stopped there should be transparency,” she alleges.

Why has bishop Franco Mulakkal not been arrested?

The 44-year-old nun first complained to the Catholic Church that she had allegedly been raped multiple times since 2014 by Bishop Franco Mulakkal. But when the Church refused to act, it was in June that she went to the police, which booked the bishop under IPC Section 376 (punishment for rape). But over a month on and the police is yet arrest him.

“The delay in arresting the bishop shows that a compromise has been reached between the Church and the government. By delaying his arrest, the police has been giving ample time to the accused to influence the complainant and those who back her, which has now been exposed after the leaked audio clip,” alleges Boris Paul, an advocate.

“It’s a shame that the Kerala police hasn’t reached Jalandhar yet. Catholic priests have attempted to influence such complaints for a long time. Now they are resorting to threats and pressure tactics. I don’t think they will step back just because one attempt failed,” he observes.

Indulekha says, “The delay in the arrest shows how powerful the Catholic Church is. In the Orthodox Church sex scandal case, they have at least placed the priests under suspension.”

Sister Jesme asks, “Recently I had asked a judge, what would happen to the Sister Abhaya case. The judge retorted, ‘Have you ever heard of a case against the Church proved in court?’”

Delay in arresting bishop shows how powerful Kerala Catholic Church is’: Critics added by Webdesk on July 31, 2018
View all posts by Webdesk →