As the row over Gandhi’s close aide Sam Pitroda’s ‘hua to hua’ (it happened, so what) remark on the Sikh killings refused to die, Modi asked the Congress president to be “ashamed” of himself rather than pretending to scold the technocrat-turned politician.

Modi also accused the previous Congress governments of using defence deals as an automated teller machine (ATM) for the party.

The prime minister was addressing rallies in Ratlam in Madhya Pradesh, Solan in Himachal Pradesh and Bathinda in Punjab which are going to polls in the seventh and final phase on May 19.

Modi sought to dismiss “claims by pundits and planted reports from Delhi” that there is no “Modi wave” in the ongoing Lok Sabha elections like in 2014 polls.

“The (Modi) wave is coming out from each home,” he told the rally in Ratlam.

“Pundits are claiming there is no wave…Stories are being planted from Delhi. Initially, they said there is no wave. The voting percentage is now higher than before. So they are worried.

“They are not aware that there are two (types of) people who are creating records: my young friends who are voting for the first time and my mothers and sisters, who have made up their mind to elect their brother who ensured death penalty to rapists,” Modi said.

“Our mothers and sisters have decided to elect as PM one who provided (cooking) gas and electricity and have come out with full strength to cast their vote. When mothers and sisters come out, pundits fail to understand from where is the wave coming. The wave is coming from each home,” he said.

Modi reiterated his claim that former prime minister Rajiv Gandhi used warship INS Viraat for “picnic”. But when questions were raised about it, the Congress said ‘hua to hua’, he sarcastically said.

Modi recalled the sacrifice of Lieutenant Commander Dharmendra Singh Chouhan, a Ratlam native, who was killed while fighting a blaze aboard warship INS Vikramaditya recently.

“On the other hand is the Naamdar’s family, who used a warship for picnic. When questions are raised about it, they shamelessly say ‘hua to hua’,” Modi said.

Jawans died in terror and Naxal attacks, but the Congress kept saying, ‘hua to hua’, he said.

“‘Hua to hua’ are not mere three words, they reflect the ideology and arrogance of the Congress. People are now saying ‘enough is enough’ in response to it,” Modi said.

‘Hua to hua’ is the Congress’ answer to scams, Modi said. “These ‘mahamilavati’ people are saying ‘hua to hua’, but the country is now saying ‘mahamilavati logon ab bahut hua’ (enough is enough),” he said, referring to the coming together of Congress and like-minded parties against the BJP.

Slamming Rahul Gandhi over the anti-Sikh riots, Modi said he should be ashamed of himself rather than pretending as if he is scolding Pitroda.

Namdaar (dynast) should be ashamed of himself for failing to get justice to victims of 1984 riots, he said, adding those involved in the genocide would not be spared.

Today I want to ask Congress how long they will rub salt into wounds like this, said Modi at the Bathinda rally.

The prime minister also said Congress is struggling to win 50 seats as their leader is confused and the party thinking is diffused.

In Solan, Modi said India was dependent on foreign countries for 70 per cent needs of the defence forces during the previous Congress governments.

“It had been deliberately done as defence deals were ATM for the Congress,” he said. 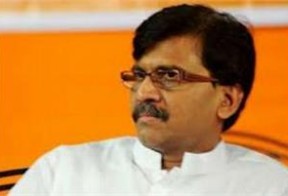 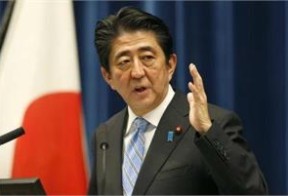 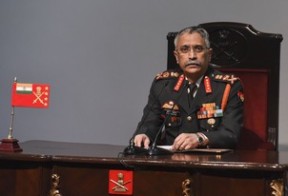