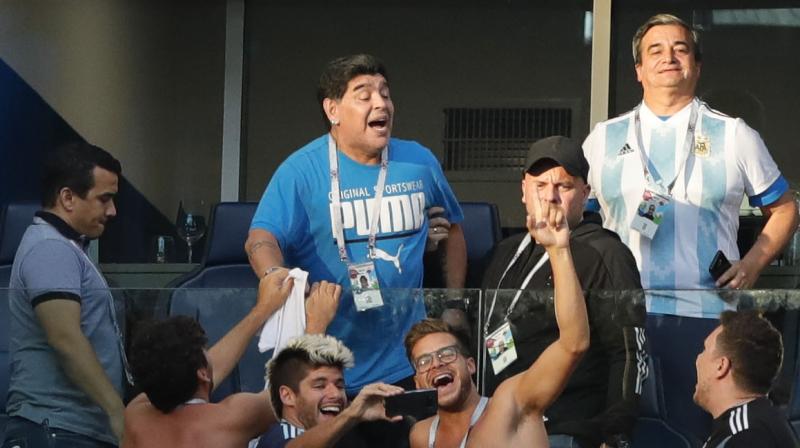 Moscow: Diego Maradona roared and gesticulated through every anguished second of Argentina’s rollercoaster World Cup victory over Nigeria on Tuesday before triggering alarm with a health scare after the final whistle.

Lionel Messi may have dominated the on-field action in Saint Petersburg, but from his VIP box in the stands Maradona reigned supreme as the undisputed centre of attention

The 57-year-old football legend started the evening dancing playfully with a female Nigeria fan, saluting and waving to well-wishers applauding him in the moments before kick-off. 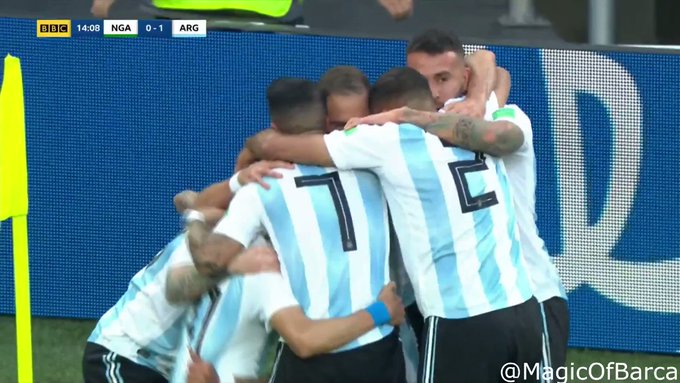 Throughout Argentina’s nerve-shredding 2-1 victory, which secured the South American giants’ passage into the last 16, the host broadcaster television feed regularly cut to images of Maradona as the tension mounted.

When Messi gave Argentina the lead early in the first half, Maradona screamed his delight, crossing his hands across his chest and gazing to the heavens. 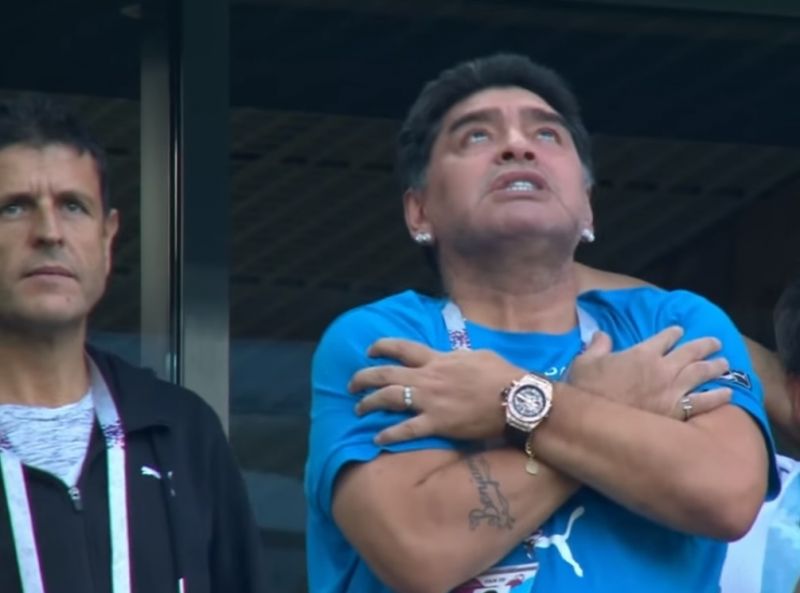